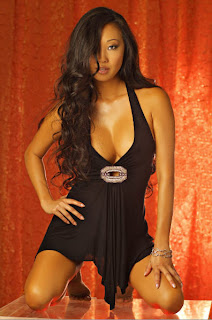 1. What are the top two questions you're sick of being asked - and, their answers?

Where did you get your hair extensions?

Where are you from?

Answer: Me no speaky English.

2. Are you/have you ever been a dumpster diver or curbside shopper?

I was in New York last week. It was literally zero degrees and snowing. I was attempting to walk to the Met in Hello Kitty tennies. Bad idea. My feet were numb so I went to a thrift store and dove into a huge, dusty bin way in the back. I found a pair of boots for 7 bucks. My girlfriend found an old drink coaster with cork mice on it for a dollar. Can’t beat that.

3. If someone from the decade in which you were born were to suddenly appear today, what would be the most difficult thing for you to have to explain to them?

4. Of the 5 senses, what do you consider your most sensitive?

I’ve been told I’m a super taster. This is an actual thing, honest to God. According to Wiki: A supertaster is a person who experiences the sense of taste with far greater intensity than average. And they are often of Asian descent. I can’t even eat an orange because it is too tart. A lemon would probably kill me. I guess this makes up for the fact I have a congenital defect which is curved ear canals. Predominantly on the right side. So I am easily distracted by noise and have a hard time concentrating if there is too much sound. Shut up.

5. Last time you were completely wasted:

Don’t drink. Don’t smoke. What do you do?

6. Do you have a private stash of anything?

You mean all of those vibrators? No, seriously, it must be my collection of books on serial killers.

7. Can you do any stupid human tricks?

I’m double jointed so I leave that to your imagination.

8. What's something you had as a kid that you think today's kids are missing out on?

Cow patties. I grew up in the country in Texas. Throwing cow patties in the pasture is a highly revered art form.

9. If you were being chased by a bear, would you trip your friend to get away?

Now , this is an interesting question that has actually come up several times in my life with one specific friend. He and I have gone hiking several times. Once, we had two dogs with us. We debated as to whether or not the dogs were really there in case we were attacked by bears. Would we offer the dogs up as sacrificial snacks in order to get away?

Another time, my friend hiked 15 minutes ahead of me. I was taking a long time to get back because it was hotter than a billy goat with a blow torch. Later, he told me he wondered if I had been eaten by bears. His main concern was not my safety. Rather, it was his fear of having to see his ex-wife at my funeral if I were eaten alive. So, to answer your question, maybe I would trip him to get away considering he didn’t give a rat’s ass if I had kicked the bucket.

On a completely random note: I have managed over the years to collect every book on bear attacks ever published. I am obsessed with bear attacks and people being devoured alive by snakes. I can only hope that these things keep happening if only because it makes for such an interesting read. So, perhaps that is the correct answer to #6?

10. What would be your simple fix for all of the world's issues?

If you show me yours, I’ll show you mine.